A common use case for Kubernetes applications, especially cluster add-ons, is deployment and lifecycle management of same application across multiple clusters. Tracking progress of the installation and upgrades of application versions across multiple clusters is integral for Kubernetes workload management. Promoting an application from one environment to another is another key requirement, e.g., promote selected versions from development environment to test. Nirmata addresses these requirements via Release and Rollouts feature.

Both Git and Helm support versioning. The user can map application versions to a Release Channel (e.g. test and prod, etc.) to make that version available to all environments that subscribe to the channel. 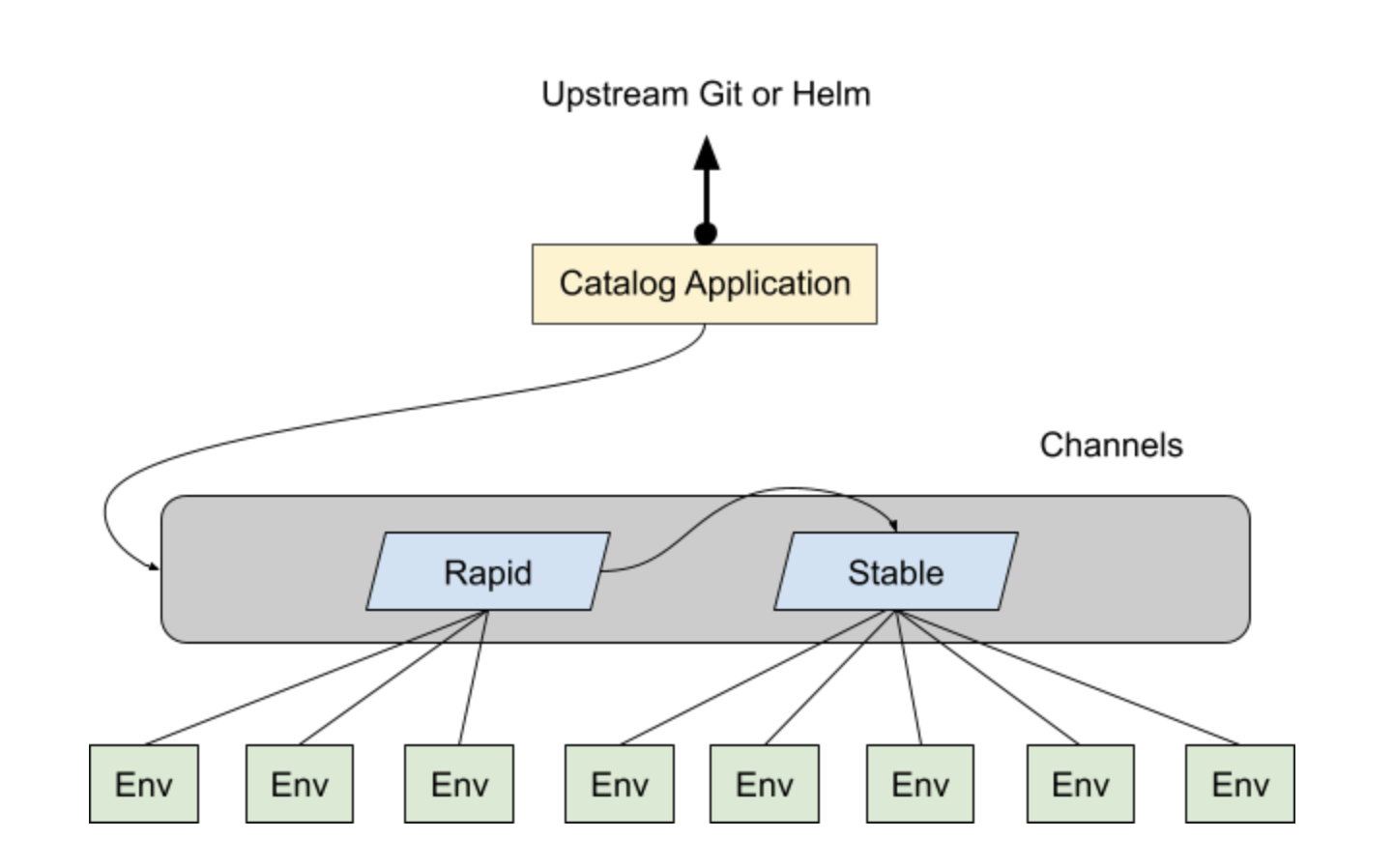 A channel can be configured with a label selector to select environments. When an environment is created it “subscribes” to a channel.

Each channel has a “Rollout Strategy”.

By default, the Rapid channel will be set to allow concurrent deployments to all environments (to match the current implementation.) while a specific version of rapid channel can be promoted to stable channel.

A rollout is the process / workflow that actually updates each environment, based on the Rollout strategy configuration.

With Release and Rollouts, the application workflow looks as described below: 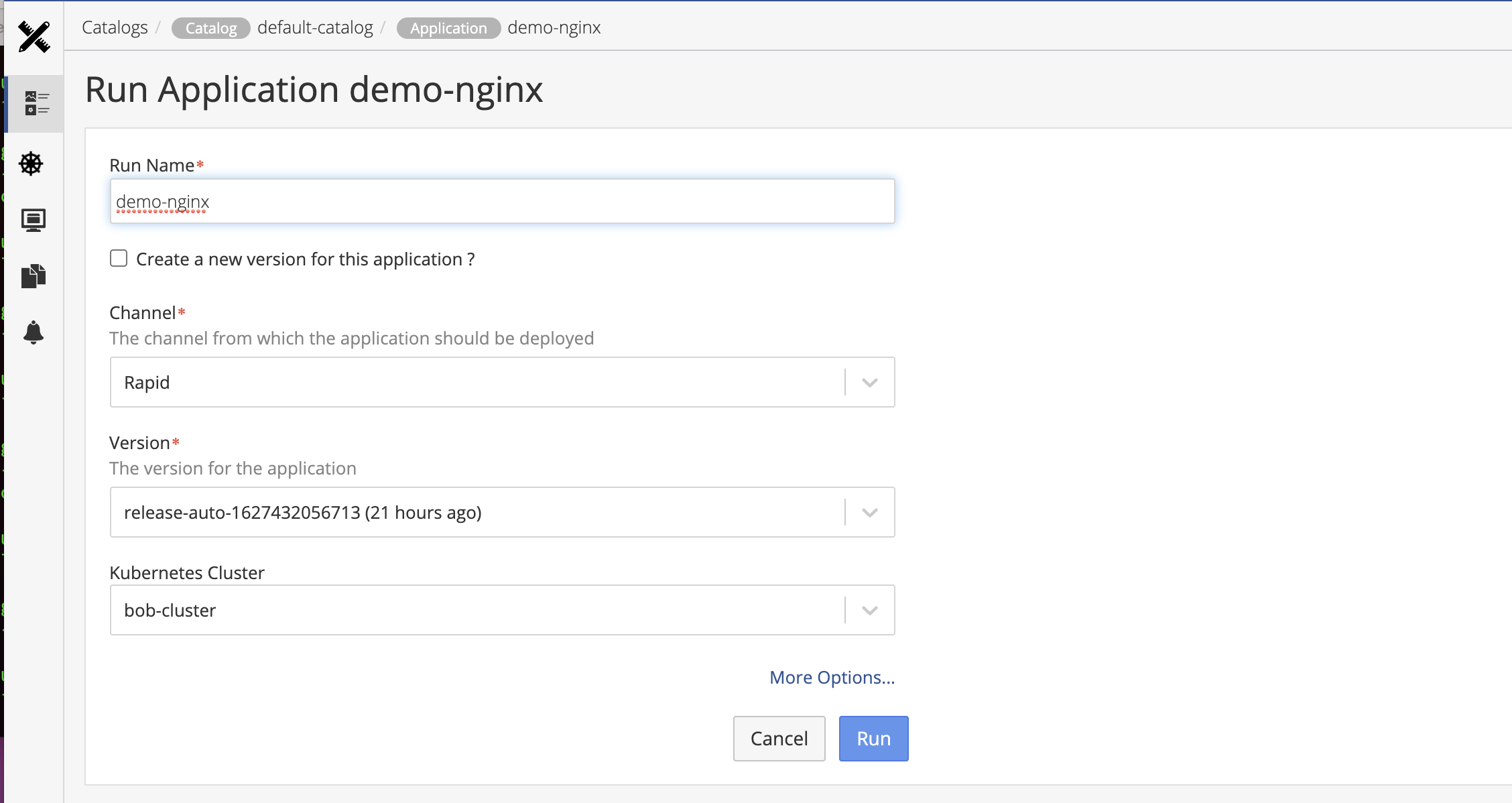 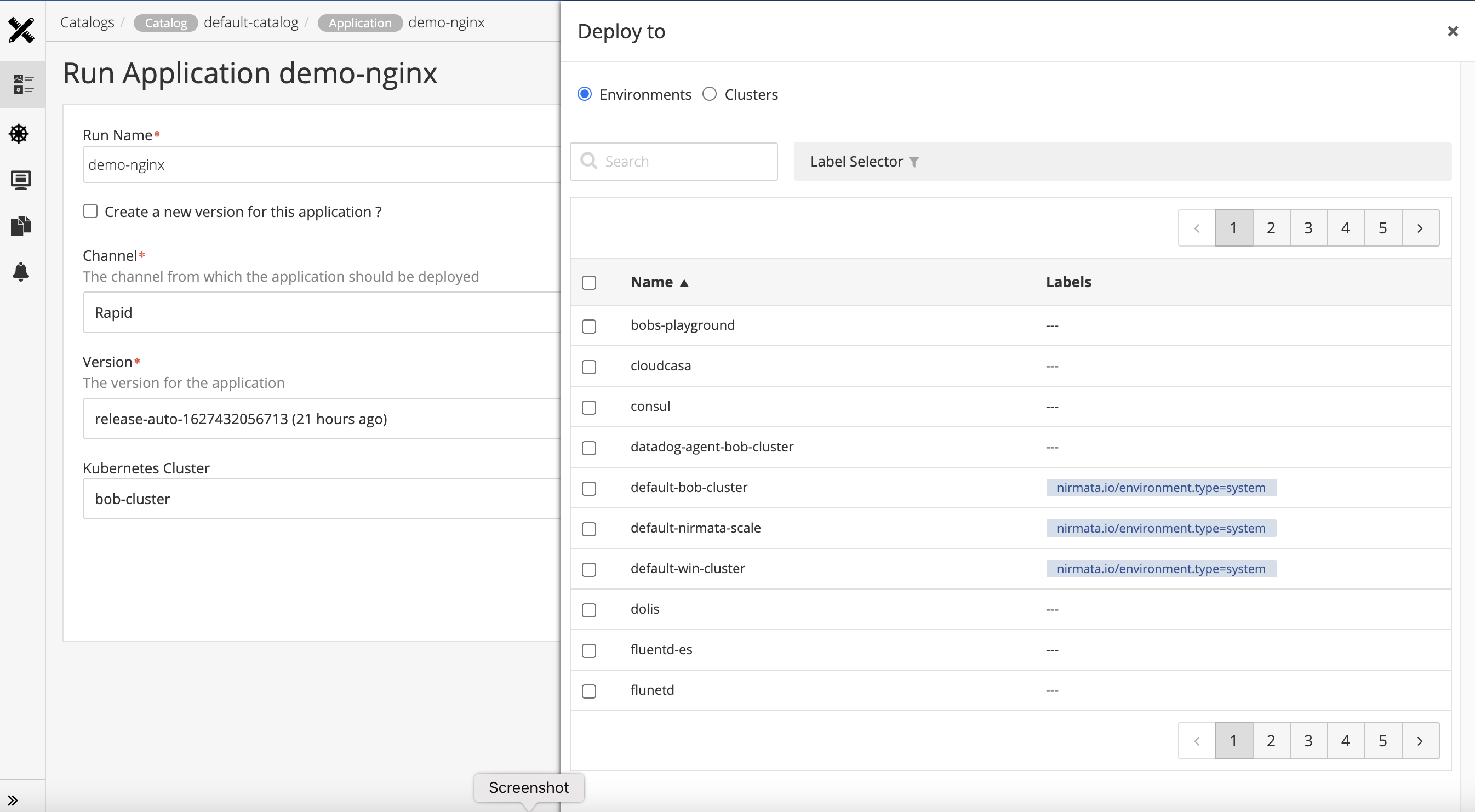 Release and version status for a channel

To review status of individual rollouts related to a version of the application, click on the version option. 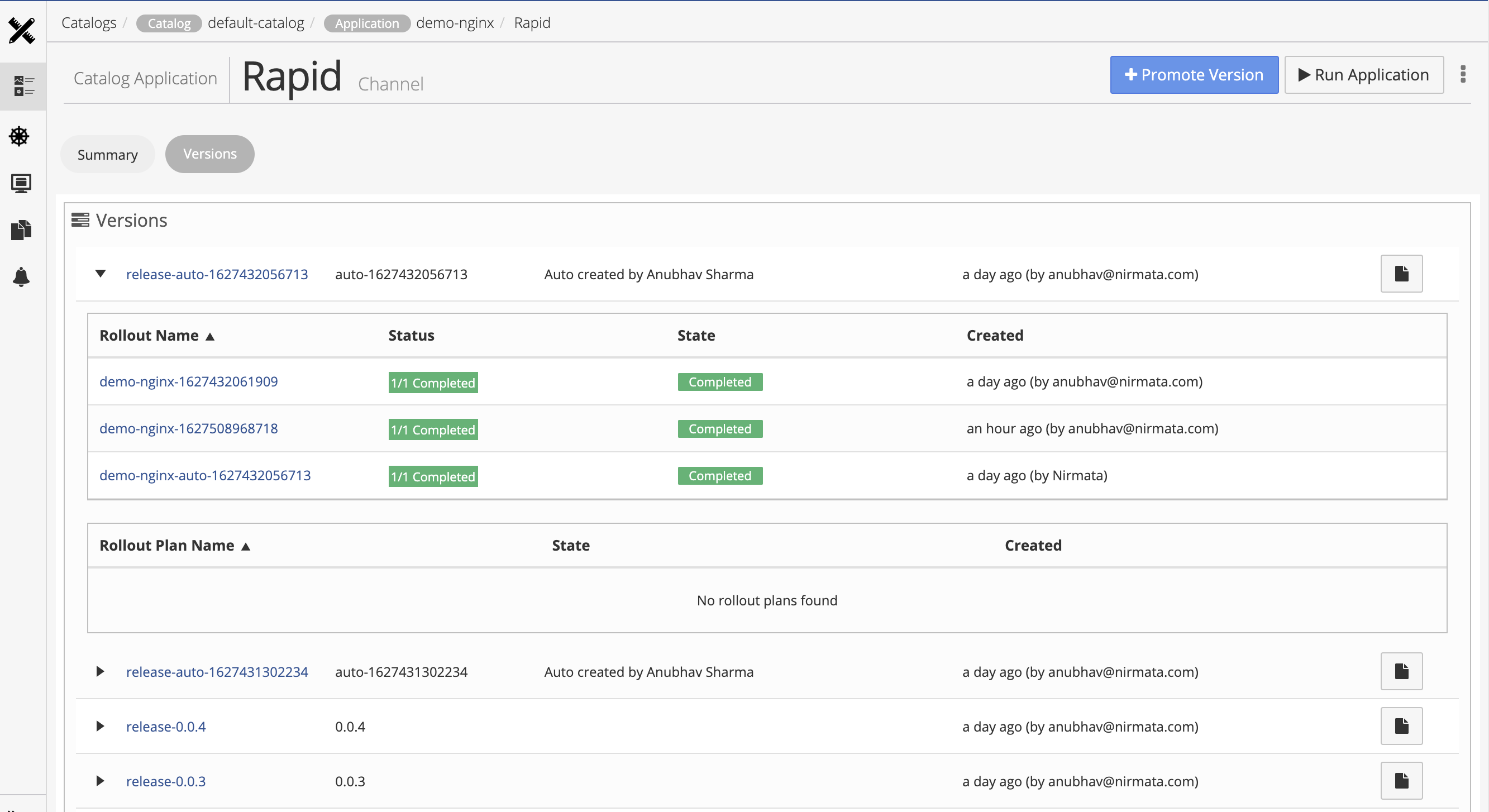